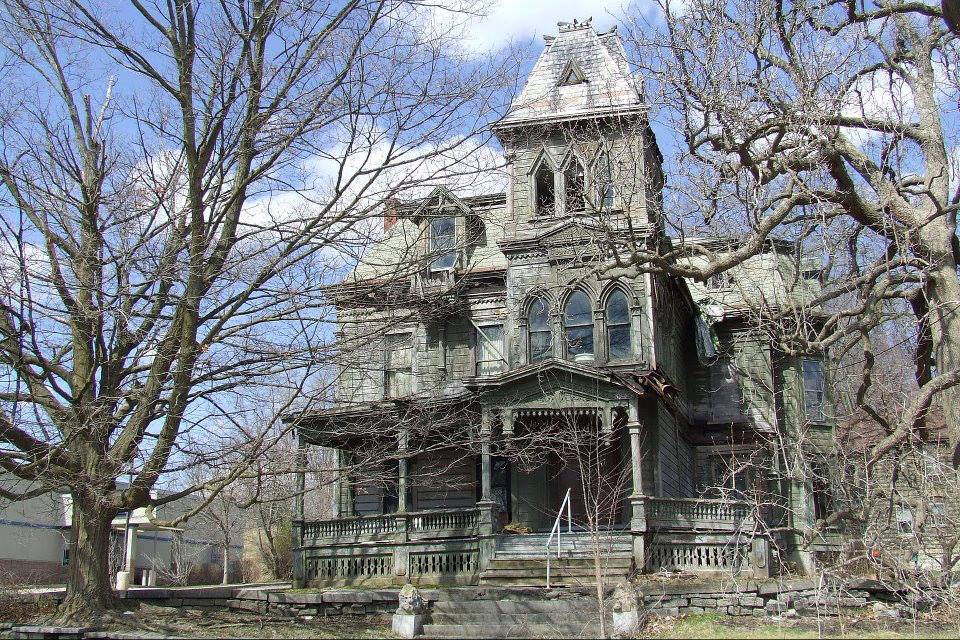 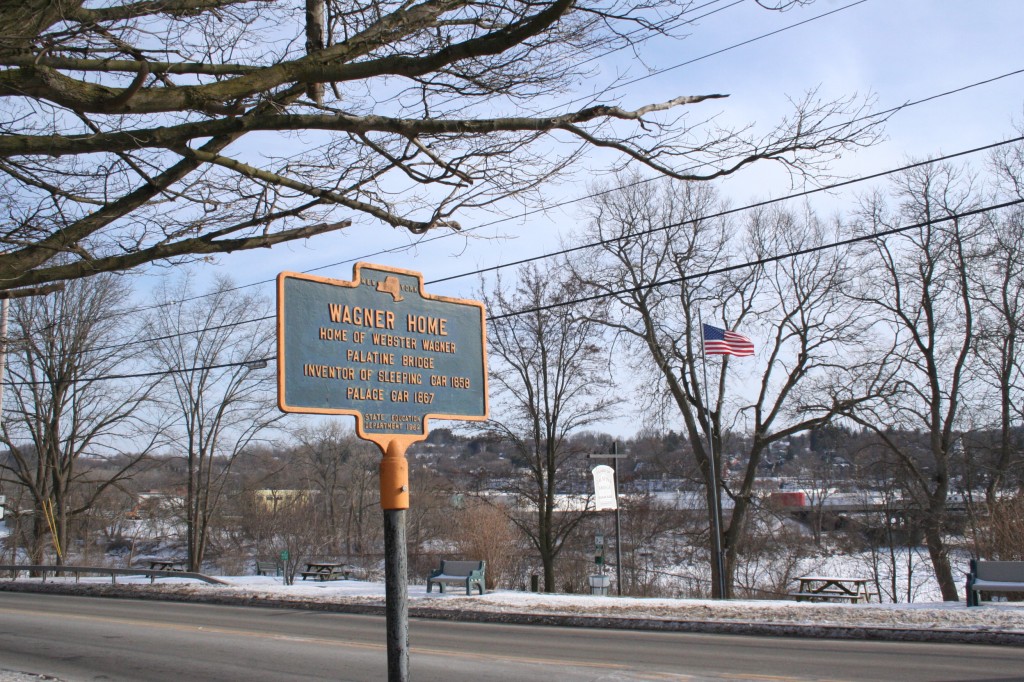 This weekend, a public auction was held in Hudson, NY that led to the selling off much of what remained of the Webster Wagner mansion. The auction contained “architectural features, Victorian furniture, lighting decorator items, [and] china glassware from the mansion.” This is an important moment for the Mohawk Valley and our organization. While it is good to see that some of the artifacts from the house were saved and can be treasured by future generations, this does not ignore the tragedy of the Webster Wagner house that we saw unfold over the past several decades. The house was once one of the most prominent architectural gems of the Mohawk Valley, a true sight to behold from Palatine Bridge or Canajoharie. Through Webster Wagner, it was closely tied to the industrial and entrepreneurial heritage of our communities. Despite its importance, the building slowly crumbled in front of our eyes. The Mohawk Valley Collective will try to pick up the pieces (literally in this case) to preserve at least a shadow of our once grand heritage.

The Webster Wagner house was special to everyone that knew it, in a way that you would find an excuse to pass by, or stop momentarily to admire it. We all shared a sense of “I love that house,” but to each of us the feeling was very personal, as if we were its sole secret admirer. The spirit of Webster Wagner, the innovative inventor, manufacturer, and politician, was inherently embedded in the building, and you could almost feel a grand, energetic personality radiating from the mansion. According to its National Register listing, the mansion “illustrates the monumental aspirations of a self-made millionaire-inventor” while being “typical of the grandiose houses of the 1870s.” The building was designed in 1876 by Syracuse architect Horatio Nelson White. Interestingly, White was a mentor to another local architect, Archimedes Russell, who designed Canajoharie’s West Hill School. For years, the two buildings faced each other from across the Mohawk River: one by teacher, one by student. 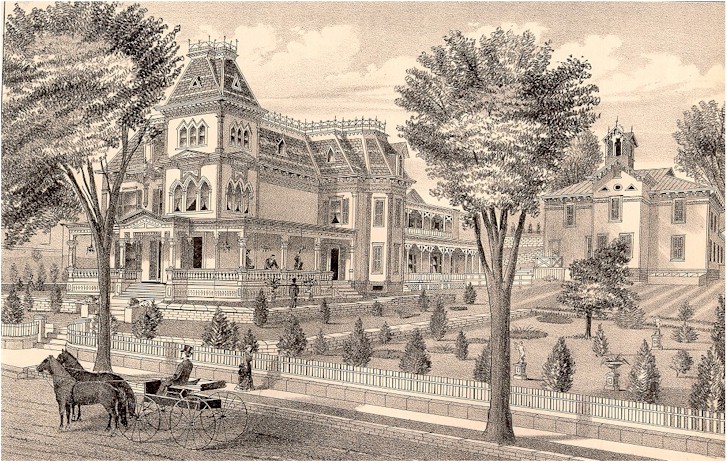 Drawing of Wagner Home in 1878, photo uploaded to Flickr.com by user Carolyn.

While the destruction of the mansion is tragic, we recognize that there was little that could be done to prevent it. Although the house was listed on the National Register in 1973, the listing had little effect. The designation allowed owners to apply for historic tax credits (HTCs), but could do nothing to stop 30 years of neglect and disinvestment. The Webster Wagner house was well built, but because it was composed mostly of wood and limestone, it deteriorated quickly. Historic wooden houses need a certain level of maintenance to survive. They need to be repainted every two or three years, checked periodically for water or termite infiltration, parts that have rotted away replaced. This seasonal maintenance can maintain a wooden house indefinitely, in the same way you can pass down your grandfather’s axe to the next generation (“This is my grandfather’s axe, only that the handle has been replaced five times and the head twice”). 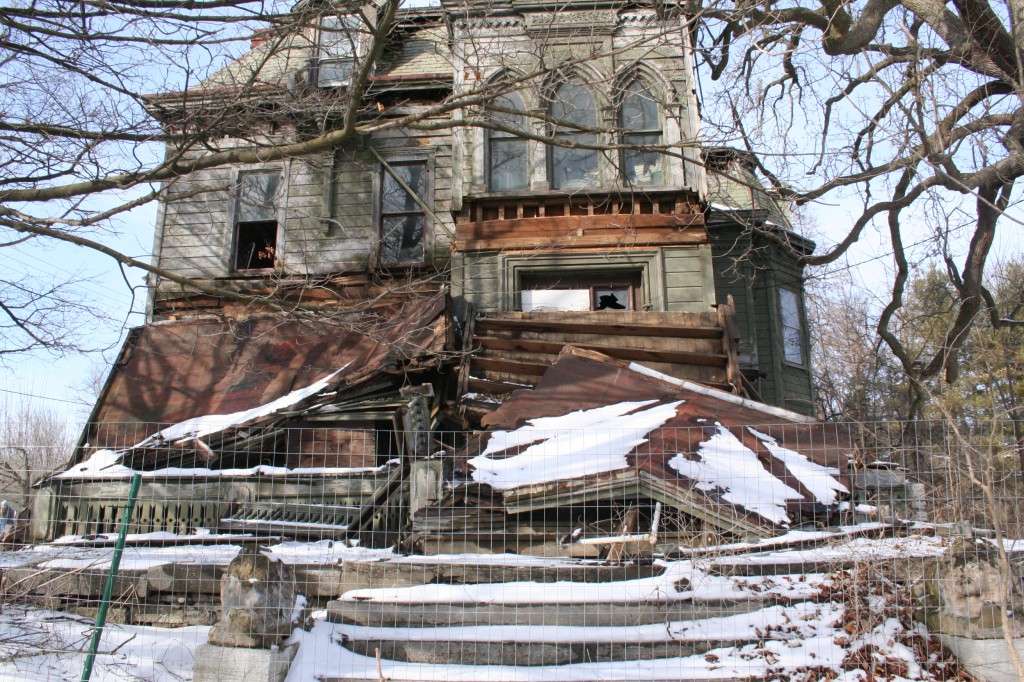 While there is little to do now, the loss of the Webster Wagner mansion highlights a major problem. We would like to thank the mayor and board of Palatine Bridge, who went above an beyond their necessary duty to try to protect this house. Unfortunately, there was only so much that they were able to do within the legal framework. If this house, which was so special to so many of us, can be destroyed by neglect, what is there in place to protect lesser, more personal buildings? (not to mention the other elephant in the room in Canajoharie). It is our goal as a preservation non-profit to advocate and protect for these buildings, but we got into this battle at the end of the fourth quarter. The real question for us, and for the community, is where do we go from here? 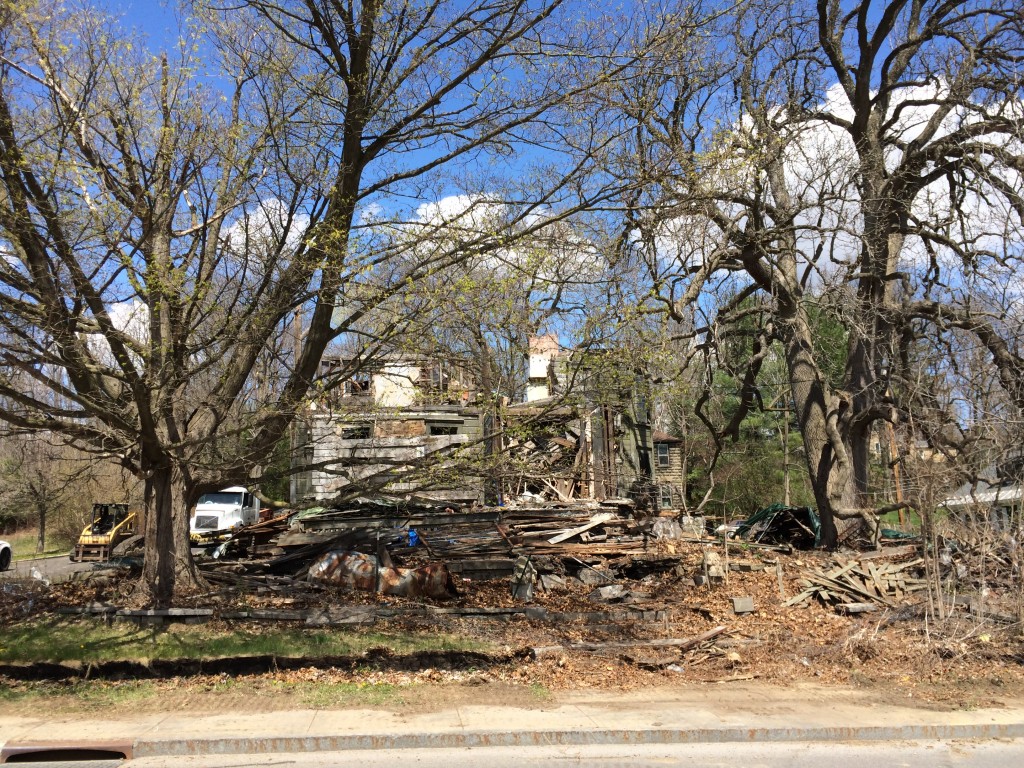